I give it a 10 out of 10. It is easy to use (according to staff) and easy to explain. Since I give the product away, employer gladly accept the document and indicate they will distribute as instructed. The bottom line is, there are many vendors out there that offer these documents at an exorbitant fee, and smaller employers (150 lives and under) will not spend the money even if they know the exposure. Your product allows me to provide the document and greatly reduce the exposure in the event of a government audit. As for the client, we have been delivering the Wrap along with renewals, and the client sees the document as completing a government requirement. I tell them they need to adopt and use the document, and they usually comply. 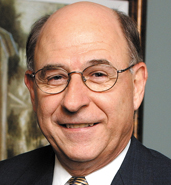 Wrap360 is a 10 out of 10! We have been using it and love it. Our clients have been so thankful, because they have not been able to obtain this (compliance documents) before, unless they contacted an attorney. Most don’t have their own. It’s been great!